*Editors Note: Here is a fun amateur “What if?…” piece I wrote a number of years ago. It was first printed in The Working Tools Magazine, November of 2013, and later in the Knight Templar Magazine. I offer this as a hypothetical based on the works of evangelical biblical scholars and the use of Aristotelian (if this than that) argument. I hope you enjoy this revisit.

Who was the “Widow’s Son”? The answer might seem easily answered, but when one reads of legends, scriptures, the Apocrypha and other historical documents, it becomes apparent that perhaps we cannot answer this question so easily.

It seems this is a title to which more than one can be named. The use of the title is actually traced back to the Grail lore traditions which speak of a descended blood line and specifically reference Ruth.

Ruth, a woman of the Moabite tribe, was married to Boaz, and she was a heroine of the Old Testament. She was also the Great Grandmother of King David– the father of King Solomon, who built the Temple.

Ruth became pregnant, and married Boaz. He was quite a bit older being 80, while Ruth was just 40. The scriptures says that Boaz dies the next day. That must have been some wedding night.

From this point on, all the descendants of Ruth, were known simply as “Sons of the Widow”. A genetic title if you will. A genealogy can be traced.

Using the lineage given in the Gospels of the Christian Bible, Jesus the Nazarene is a descendant of Ruth, making him also, a “Son of the Widow” or “Widow’s Son”.

There are forty-five generations from Ruth to Jesus. This leaves an interesting problem for us as Masons. Nowhere in the lineage mentioned in the Bible, does it refer to Hiram Abiff.

Knowing this, it seems the trail grows cold in the search for Hiram Abiff’s title of “The Widow’s Son”. The Grail legends were written in a way that lends itself to allegory and therefore, the story cannot be just assumed to mean that Hiram was literally just a son of woman who lost her husband.

These legends early on establish this title and what it means, which is a descendant of Ruth or more aptly a descendant of Boaz, either the 31st or 30th generation from Adam if you rely on Luke’s genealogy.

Could Hiram Abiff be related somehow to the historical Jesus the Nazarene? The Gospels again, leave a cold trail. He simply isn’t mentioned at all in the genealogy given by Luke or Mathew.

When Hiram Abiff is referenced as being a “Widow’s Son”, it is somehow implying that he was of the line of Ruth, who was married to Boaz and from them, according to Luke, a continued line to King David, King Solomon and eventually to Jesus the Nazarene. Was he a distant relative or cousin?

King Solomon was also a “Widow’s Son” in the sense of being of the lineage of Ruth. Is this why King Solomon called for a Tyrian which was handpicked to be the architect of the Jewish Temple of the God of Israel? Could Solomon have hired Hiram since they were family?

Doing detective work in genealogy can be taxing enough when researching ancestry just a few generations removed from the researcher, a task made much more difficult using biblical origins as references.

It is elementary to suggest that at the time of Jacob the designation of “Widow’s Son” had not yet been used, however, in his offspring, through time until we reach the time of Ruth, and from then on, it is not so unthinkable that the lineage would have used this epithet when speaking of their heritage or when scholars were recording the history of the time or even the Gospels.

What is it about this lineage which draws the title to it? What was so special? The three largest monotheistic religions, Judaism, Christianity and Islam all regard it [the lineage] with reverence.

Perhaps the coincidence which ties this lineage together is the ability to create. According to Luke, the line starts with Elohim (The Great Architect of the Universe) and then to Adam.

The Christian Bible does not specifically make any magnificent claims to what Adam had ever built, however several other men in this lineage in fact are great builders.

Enoch was the builder of the mythological underground temple consisting of nine vaults with an altar where on the “Stone of Creation” and the Tetragrammaton were said to have been hidden.

A somewhat obscure reference to that is found in the Bible, “In that day shall there be an altar to the LORD in the midst of the land of Egypt, and a pillar at the border thereof to the LORD. And it shall be for a sign and for a witness unto the LORD of hosts in the land of Egypt…” Isaiah 19:19.

Noah of course built the mythological Ark to house all of the creations of God that were spared in the legend of the great flood.

Abraham or Abram and his son Ishmael are purported to have built the Kaaba, a cube shaped building in Arabia which is one of the holiest sites for Brothers of the Muslim faith.

King David built a city and his palace and had sons, one of whom was King Solomon, who was responsible for the Temple of Solomon, which we all know is at the center of the teachings of our noble craft.

These builders in the original line or “Alpha Lineage” the line that according to Luke starts with God and leads to Jesus the Nazarene go on and on with fantastic accomplishments.

Let us not forget however that there is the allusion to the building of the spiritual temple, a spiritual artificer which Jesus the Nazarene seemed to personify and ages before then we find the same in the character Freemasonry calls its patron, Hiram Abiff.

The handpicked chief architect of the Temple of God. A man to emulate in his duty and fealty to his brothers, both Hiram of Tyre and King Solomon, this is the man we learn about in our  degrees and indeed try to emulate.

The “Alpha Line” is synonymous with “The Widow’s Son”. It could merely be the separation of the generational gap and a more coded obscure way of saying “of the Tribe of Judah” without being abrasive.

It could be that the Tribe of Judah was the main branch of this line and that The Widow’s Sons are an offshoot of the original line but whose closeness to the original line needed to be preserved by means of a title given to these builders.

In the end, we will never know if Adam, Jesus the Nazarene or Hiram were truly related, however it is clear that  The Widows Son is a title given to the offspring of Ruth and her descendants.

It is also clear that Freemasonry calls its patron Saint Hiram Abiff a “Widow’s Son”, who was a builder. The lessons taught philosophically within our Masonic system have much to do with building as well, the main difference is that we are building our spiritual temples.

In the Masonic system we follow in the footsteps of Hiram Abiff, but we not only represent him, we physically become him in the degrees and in the end we all end up a “Widow’s Son”. Becoming a Master Mason we all end up being builders of fantastic hearts, minds and souls.

Look in the mirror, and you will surely see him.

Inspired by a brief article in the Trestle board of Blackmer Lodge #442 F&AM, California by WB John R Heisner

RWB, Robert Johnson is the Managing Editor of the Midnight Freemasons blog. He is a Freemason out of the 1st N.E. District of Illinois. He currently serves as the Secretary of Spes Novum Lodge No. 1183 UD.

He is a Past Master of Waukegan Lodge 78 and a Past District Deputy Grand Master for the 1st N.E. District of Illinois. Brother Johnson currently produces and hosts weekly Podcasts (internet radio programs) Whence Came You? & Masonic Radio Theatrewhich focus on topics relating to Freemasonry.

He is also a co-host of The Masonic Roundtable, a Masonic talk show. He is a husband and father of four, works full time in the executive medical industry. He is the co-author of “It’s Business Time – Adapting a Corporate Path for Freemasonry” and is currently working on a book of Masonic essays and one on Occult Anatomy to be released soon. 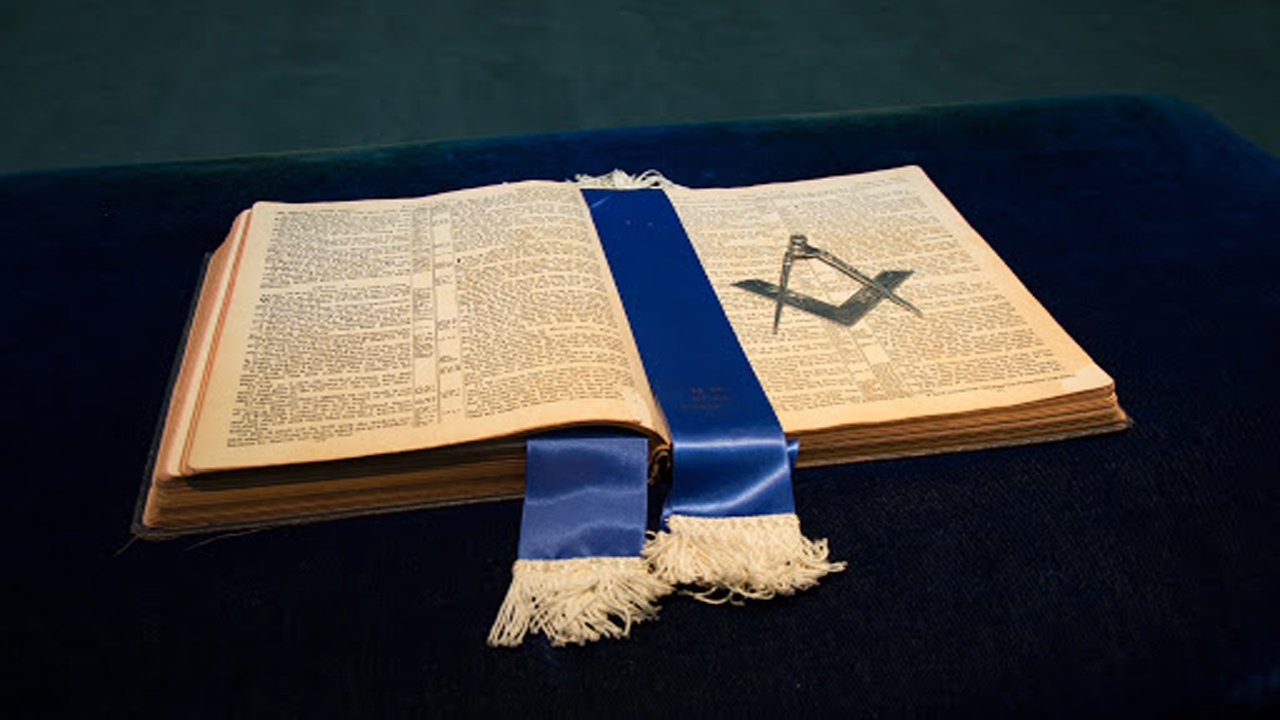 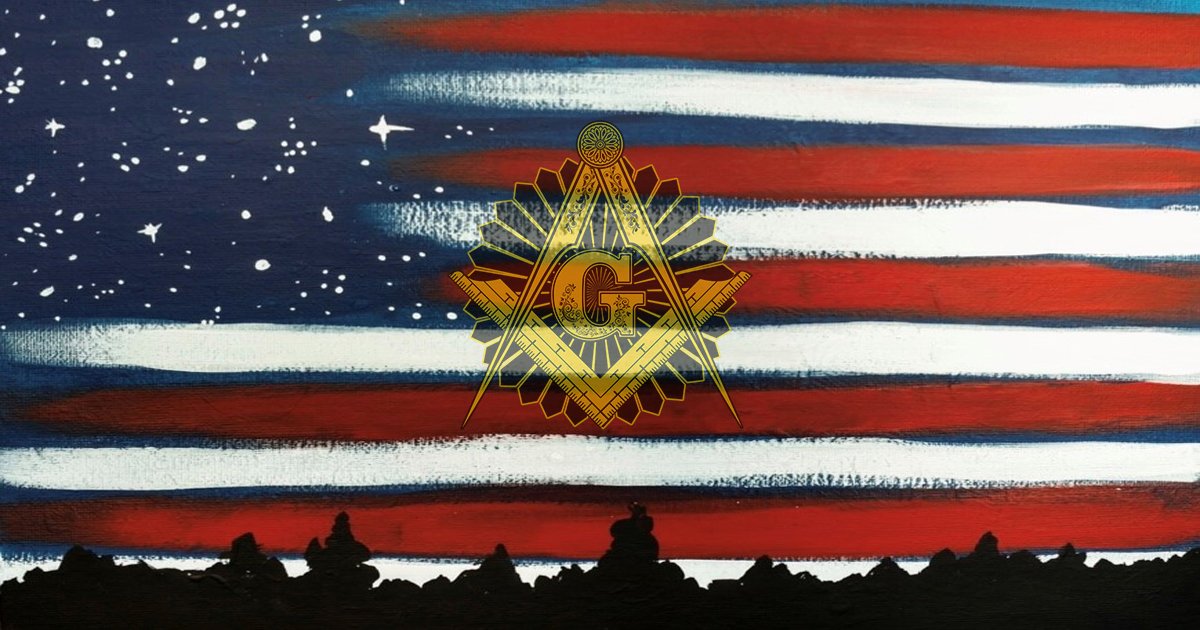 Freemasons & The 4th Of July: Why This Day Is Important 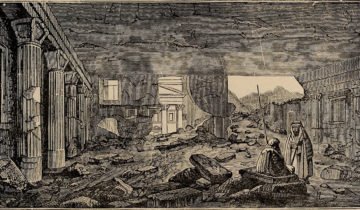 The Origin of Freemasonry?